Learn How To Tweet The Right Way With These Simple Tips

Tweets can spread faster than wildfire, which learning how to tweet the right way can help with that wildfire.
Written by  Gabriel Buck
·
February 1, 2012

Thanks to the widespread use of Twitter, a lot of businesses are now trying to use the micro-blogging site as a viable way to generate leads. Twitter is an awesome social network for lead generation because high quality Tweets can spread faster than wildfire which. Unfortunately, we see a lot of businesses going about Twitter completely wrong and rather than generating leads from all of their efforts, they’re just adding to the noise and getting ignored.

Yesterday, researchers from MIT, Carnegie Mellon, and Georgia Tech released their study after analyzing 43,000 crowd-sourced responses over the course of the year. The aim of the study – titled “Who Gives a Tweet: Evaluating Microblog Content Value” – was to find out what qualities comprise great tweets and what to avoid for bad tweets. The analysis provided in the study seems like common sense to users who have been on Twitter for years, but there’s a lot of valuable information the study can provide to companies looking to start campaigns to generate leads from Twitter.

Here are a few tips that we’ve drawn from their findings:

• Old news is no news: Twitter emphasizes real-time information, so information rapidly gets stale. Followers quickly get bored of even relatively fresh links seen multiple times. That awesome blog article you found that is two weeks old is practically worthless on Twitter. You’ll generate a lot more interest and leads on Twitter if you’re engaging in new conversations.

• Add Value: The way you’re going to get followers on Twitter is by providing value in your feed. Think of each tweet as a way to foster a relation with people. Striking the balance between being informative and funny is the key to gaining new followers, but if all of your tweets are overt attempts to get people to click a link for a landing page then no one is going to want to hangout at your Twitter Party. Add value first, source leads second.

• Contribute to the story: If you’re not adding value to the conversation on Twitter then you’re just making noise that everyone is going to ignore. To keep people interested, add an opinion, a pertinent fact or otherwise add to the conversation before hitting “send” on a retweet.

• Keep it short: The beauty of Twitter is that it forces users to put thought into their words inorder to maintain conciseness while still getting their message across. Twitter limits tweets to 140 characters, but followers still appreciate conciseness. Using as few characters as possible also leaves room for longer, more satisfying comments on retweets. Getting retweeted is the lifeblood of Twitter, so give followers room to add their two cents to your conversations so that you can reach as many potential leads as possible.

• Limit Twitter-specific syntax: Overuse of #hashtags, @mentions and abbreviations makes tweets hard to read. Most people don’t use hashtags properly. Hashtags were conceived to help track a conversation, but most tweeters are trying to use them to add meaning at the end of a conversation. Say what you want to say without hashtags, but if you need to track a conversation, add a hashtag to the end of it so everyone can follow along.

• Keep it to yourself:  If you’re trying to use Twitter to generate leads then stay focused on your mission and avoid the clichéd “sandwich” tweets about pedestrian, personal details that are largely disliked and ignored.

• Provide context: Tweets that are too short leave readers unable to understand their meaning. Simply linking to a blog or photo, without giving readers a reason to click on it, was described as “lame.”

• Don’t whine: You probably don’t enjoy going over to a friends house and hearing them complain about all the small details in their life right? Well people on Twitter don’t like it either. Keep negative sentiments and complaints to yourself or you’ll risk alienating your Twitter base and losing followers.

• Be a tease: News or professional organizations that want readers to click on their links need to hook the reader, not give away all of the news in the tweet itself. Generating leads through Twitter is all about providing just enough information to get them interested and clicking on your links without revealing your hand.

The important thing to remember while attempting to grow your Twitter feed is to keep it organic. Don’t be afraid to show your personality. Twitter should be viewed as a way to interact with potential customers on a personal level, so try to come off as a human and not an robotic corporation that only cares about what Twitter followers can do for you rather than what you can do for them. 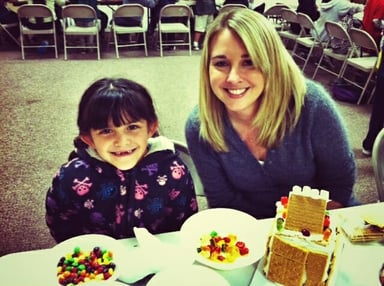 ClickPoint is to Help Our Community, so every quarter we hold a community service event so that we can give back as a team. 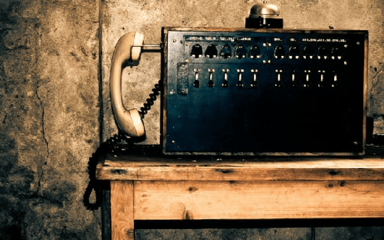 We have the ability to work with lead scoring, reporting, and metrics that can give us valuable insight into the world of leads. Which leads work best? 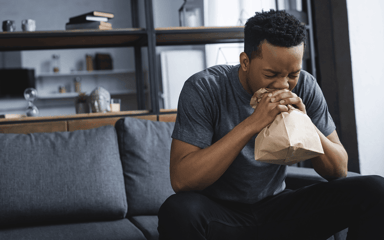 Calm Down, Chaos and Change are Not the Problem

Change is a constant. Companies that avoid hyperventilation, develop core products or services, and play the long game will win.