Listening is a critical skill. If your outbound team has a 40/60 talk-to-listen ratio, with an attentive and helpful attitude, you'll close more deals.
Written by  Gabriel Buck
·
November 18, 2021

Top closers only speak about 40% of the time on a sales call, leaving 60% of the talking to the customer. Teach your team to lead with an attentive and helpful attitude, and you’ll boost your close rates.

If you have not watched Ted Lasso (a TV show that makes you feel good about the world in a time when it is desperately needed), you might miss some analogies; I apologize in advance.

Every company on the planet would much rather have leads coming to them all day and for their salespeople to be helpful and pleasant. I imagine Ted Lasso watching the sales pipeline fill up – a team of smiling Ritz Carlton concierges at the ready - while thinking about all the good deeds they completed last quarter.

The reality is you need a little Jamie Tartt, but the Jamie Tartt that has learned from Ted that the world is kind of tired of jerks. As Ted would say, "you attract more flies with honey, Jamie." So let's think about using the aggressive playmaking nature that Jamie was born with (or born into) while helping him realize he is more valuable to the world if he is honest, sincere, and, well, not a giant fill-in-the-blank.

Being competitive and anxious to close is not bad; however, the most effective sales techniques don’t require your salespeople to be pushy and overbearing. According to Gong.io, top closers only speak about 40% of the time during a sales conversation. The customer is talking 60% of the time on successful sales calls. It’s not easy to achieve a 40% talk time ratio, and it takes a lot of hard work to switch to this conception of a successful call.

The first question I generally get from a salesperson is, “How can I only do 40% of the speaking on an outbound cold call?” The full answer is too complex to cover here, but I can point you in the right direction. Hubspot Academy offers some great courses on building an inbound team and understanding how to pull this off. Not everyone can do what Hubspot does with inbound marketing as successfully as they do, but that does not mean you can’t use that same mentality with your outbound efforts.

How Can I Help?

Let’s consider a few alternatives to your salesperson firing off as quickly as possible about how your product will change lives.

Your sales team needs to attract new customers utilizing cold calling and emailing to penetrate a market where your product and company may not be well known.

You are at a disadvantage purely based on the sheer number of options available and the din of online information and reviews. You need a secret weapon to break through, as the number of potential prospects that will give you the time of day is shrinking.

Empathy & Helpfulness – One of my most successful sales came about six years ago. I called a prospect in the marketing department at a massive company and immediately heard the distress in their voice. It sounded like the guy was about to finish his first 10K. I changed my pitch on the spot and said:

"It sounds like you are very busy over there. I don’t want to make your day worse; my experience is in helping companies with marketing, specifically around lead generation. Do you have anything I might be able to help you with, no charge, just my expertise?"

It turns out he was trying to convince the rest of his team that they needed new landing pages. He was struggling to find anyone that had experience with landing pages for the finance industry. I offered to help if he would let me -  it would give me a chance to prove our value. I had our web development team come up with a couple of killer designs.

After some months, I landed one of my most significant sales to date, worth several million in recurring revenue. I listened, understood the problem, offered to help solve it, and won the prospect’s trust and respect by being helpful.

This bit will be tricky for me to admit; my wife is an expert at asking people questions to get them to talk more about themselves, and at first, I thought it was crazy. I thought she must do this to take some of the spotlights off of herself so she does not have to disclose much about herself.

Ahh, the arrogance; I quickly learned throughout our marriage that people genuinely like it when you ask them about their lives. Shocker.

The problem is most salespeople I know are pretty confident, somewhat cocky, and highly opinionated. For them, asking questions and listening is equivalent to being the student rather than the teacher, the infantry rather than the General. What’s at risk is being an effective salesperson in the modern era of sales, which is changing at breakneck speed.

Listening is a critical skill. A salesperson that listens can hear an issue stated in a new way that changes their pitch. If your team strives for the 40/60 talk-to-listen ratio with an attentive and helpful attitude, your sales calls will be more effective, and you’ll build stronger relationships with your prospects.

See: Tips on How to be Helpful, Listen and Ask the Right Questions 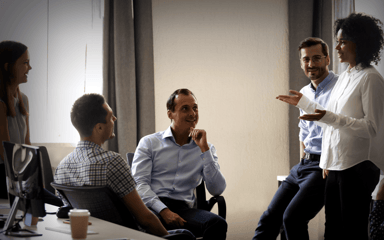 How to Build a High-Performance Sales Team (Pt 1)

Hiring the right people is critical to building a strong team. The best candidate may not be the one that you like most or has the most experience. 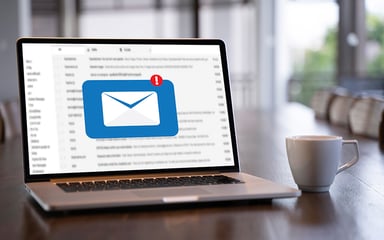 Keep your email marketing reputation in check with a clean email list. Use email list cleaning to ensure that you reach your customer's inbox.